How to Deal With Confrontation Anxiety

October 3, 2020October 25, 2020 Emotions Self-Care by Josie D.44 Comments on How to Deal With Confrontation Anxiety

This site contains affiliate links, meaning if you sign up or make a purchase through any one of my links, I may earn a small commission at no extra cost to you. As an Amazon Associate, I earn from qualifying purchases. Read my full disclosure here. Thank you for your support!

Listen, it’s no secret that I hate confrontation. The feelings before, during, and after are very uncomfortable for me especially when I’m forced to confront someone.

Sometimes before the confrontation, my anxiety levels quickly rise because I feel myself coming out of character to address something that made me feel some type of way in the first place.

What Causes Fear of Confrontation?

Just recently, I was forced to deal with confrontation in the workplace, and boy, was it tough. I’m usually one of those non-confrontational personality peeps that’s very easy-going, laid back, an introvert at times, and avoids conflict at all costs. So you can surely imagine how that situation at work affected me in a negative way.

Fear of confrontation phobia and conflict anxiety disorder is real. Some people, like myself, are scared of dealing with conflict — especially when the end result is still unresolved or when it leads to intense fights. Sometimes, the fear stems from something happening when you were younger and it affects the way you grow up addressing things in life.

As a child, I think my fear of confrontation stems from taking things personally, wanting to please other people, and putting other people’s feelings, needs, and thoughts above my own. As an adult, I am slowly unlearning some of those damaging habits of people-pleasing and prioritizing my own needs so my overall wellbeing doesn’t suffer.

Related Post: What No One Tells You About the Dangers of People Pleasing

Some other causes of fear of confrontation could be:

Try to dig deep and really understand why and where that fear of confrontation comes from in the first place. When you understand what that is, you can find a tactful way of effectively addressing it and setting yourself free.

Although I was so nervous in the moment; after doing it, I felt a huge load lifted off of me. Though the first two days after the confrontation was awkward, the situation got a whole lot better now that the issue was resolved. I gained a lot of self-respect and was proud that I stood up for myself.

Why Confrontation is Good

Engaging in healthy conflict allows for maturity, honesty, and transparent conversations to take place and for all parties to come to some sort of resolution with the problem at hand. Healthy confrontation also allows for all parties to see how their actions affect the personal wellbeing of the one that’s being affected by the issue.

When you confront someone, it’s actually best to consider these tips so that you can do so effectively, avoid confrontation anxiety, and get the resolution that you want:

Reframe your mind – everything bad you thought confrontation was, needs to be unlearned. Start by thinking that it’s OK to be unliked or disapproved when confronting someone. After all, you’re confronting the person for your own sanity and your overall health. If the other party rejects you during the confrontation, that is definitely a problem they’re dealing with and it has absolutely nothing to do with you.

Your goal is to make your thoughts and feelings known so you can move on. To deal with confrontation phobia, try deep breathing exercises or meditation to calm yourself down before walking into an uncomfortable situation. Also, change your mindset by keeping a positive and productive outlook on the outcome of the confrontation.

Plan ahead – think about the overall goal of why you wish to have this confrontation. What issues are you wanting to address? Write and list down the issues that have been bothering you in your heart so you can have something to reference in case you cannot find the words. Make sure to address only one or small issues at a time during the confrontation so that you do not lose focus on finding resolutions for that particular issue before moving on to the next issue.

Be objective and fair – healthy confrontation is not about making someone feel bad or making them feel like they’re being attacked for doing you wrong. Do not bring a person down when confronting them. Come with an objective mind to resolve the issue at hand, not the individual. Everyone is not perfect, so treat this as addressing/attacking the issue, not the human itself.

Timing is everything – do not wait until all of your emotions fester up in a little bottle and topple over before deciding to confront someone. By waiting, you’ll only be hurting yourself more and more because you have to live and suffer in silence until the issue is resolved.

I know it’s hard actually knowing when to confront someone, especially when you’re not wired to. But know that at some point, you have to find the confidence from within to do it and get what you want.

If you are okay with how things are going and can overlook a person’s behavior of how they treat you, then that’s all you. But if you feel in your deepest of hearts that NO, it’s not fair how I am being treated and enough is enough, it’s time to reframe your thoughts, plan ahead, and confront the issue at hand so you can feel mentally free.

Communicate effectively – to confront a person wisely, you need to learn the art of effective confrontation. Start by using “I” statements.  An example of an “I” statement could be I feel uncomfortable with where things are headed rather than a “You” statement which sounds like an attack.

An example of a “You” statement would be You never make feel comfortable with where things are headed. The key here is not to accuse or attack the person on how they make you feel, but you need to express what the actual problem is, how you feel about it, and how you want it to be resolved.

Another way to communicate effectively during confrontations is to just shut up and listen to the other party. The confrontation needs to be a two-way street so that both parties leave the conversation being heard, loved, and feeling good that issues have truly been resolved.

How do you deal with Aggressive Confrontation?

But what if you find yourself confronting someone who has an aggressive confrontation over a healthy confrontation? How do you confront someone with those characteristics of a confrontational person?

When confrontation goes wrong, your job is to remain calm and communicate your thoughts and feelings in a reasonable tone of voice. After some time, if you find that effective communication with an end goal is not happening, calmly walk away and address the issue another day when both parties are calm again.

Like Michelle Obama says when they go low, we go high. Or in our case, when they are yelling and screaming their heads off to make a point, we remain calm, fully in control, and communicate effectively. When you lose control, you lose your power to communicate well, and as a result, your problem still remains. Moreover, yelling does absolutely nothing to resolve anything; it just makes all parties look hella crazy.

Related Post: How to Control Your Anger Before It Controls You!

How do I get Better at Confrontation?

Confrontation is not easy to address or maneuver. As an introvert, it can be hard to muster up the courage to even want to confront a person. Try practicing with someone you trust first, before going out there and attempting it on the real person. If all parties are down after the confrontation, it’s also cool to check-in after some time has passed to see if there still is an issue or to discuss how to prevent the issue from ever happening again.

Confronting someone also begins with learning how to stand up for yourself. It takes a lot of self-confidence to learn how to stand up for yourself without being rude. Write down what you will gain when you do speak up about what is wrong. Trust me, you’ll feel encouraged and motivated to do it often. When you practice speaking up on issues that are wrong, your confrontational skills will elevate your resume so you can handle more challenging situations in the future.

How do you deal with confrontation anxiety?

Do you have a fear of confrontation? If so, how do you overcome it?

Please let me know what you think down in the comments below.

Josie D. is a content writer and editor. She's passionate about encouraging millennials to practice genuine self-care. She also wants to help millennials dress the part, travel to cool places, and feel good about themselves! 💕✨

44 thoughts on “How to Deal With Confrontation Anxiety”

This site contains affiliate links, meaning if you sign up or make a purchase through any one of my links, I may earn a small commission at no extra cost to you. As an Amazon Associate, I earn from qualifying purchases. Read my full disclosure here. Thank you for your support! Whoa. I can’t believe…

This site contains affiliate links, meaning if you sign up or make a purchase through any one of my links, I may earn a small commission at no extra cost to you. As an Amazon Associate, I earn from qualifying purchases. Read my full disclosure here. Thank you for your support! As the year comes…

This site contains affiliate links, meaning if you sign up or make a purchase through any one of my links, I may earn a small commission at no extra cost to you. As an Amazon Associate, I earn from qualifying purchases. Read my full disclosure here. Thank you for your support! Over the years, I’ve… 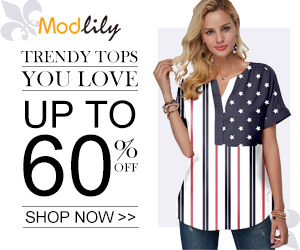 How to Overcome Self-Doubt As A New Blogger
The Best Self-Care Night Routine + Free Checklist Inside!
The Importance of Self-Care, Self-Love & Self-Soul in Your Life
8 Things to Quit Right Now in 2020
How to Stop Taking Things Personally
25 Amazing Drugstore Self-Care Products You Need to Own
9 Valuable Things to do Before Your 30s
How to Build Self-Confidence With Your Clothes
How to Keep Your Sanity in These Trying Times
How to Happily Say No Without Feeling Guilty 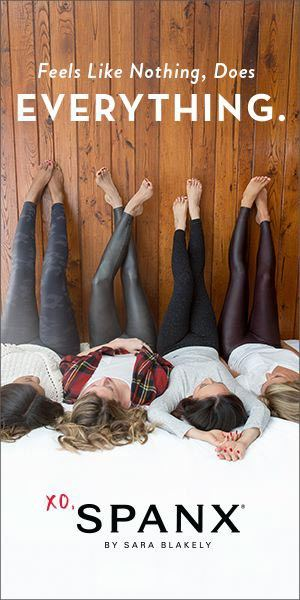